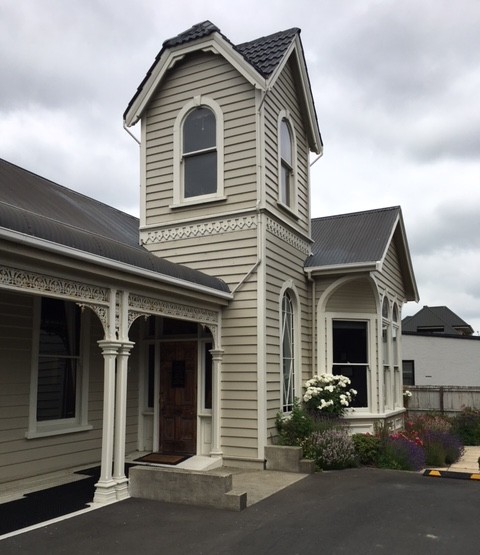 The most important thing in life is to know what you believe in. This business was born so that we could start with a fresh page and write on it exactly that, the things that we believe in. We strive to deliver skilled, timely, competent service at a competitive price, without the bull. As simple as that. Not an overly sexy goal? Maybe not but we’ve seen time and again that if you do the basics right in any business then you’re instantly in the front half of the field.

It’s a corporate world but we’re not. Professional services are essentially personal, boiling down to the relationship between those of us here at Flintoffs, and you, the client. Many of our client relationships go back to the genesis of the business, and the enduring nature of those is tremendously satisfying.

It’s better if your work is an enjoyable experience

Today is the first day of the rest of your life.
Does that make it a significant day for you? It perhaps should, but for most of us I guess it‘s pretty much the same as 1,000 other days we’ve already had. Ant it’s probably the same as 1,000 other days to follow – one Monday’s bad enough, but the contemplation of so many Mondays in one hit isn’t a hot way to start the week.
For me though this is very definitely a special Monday. This Monday is the first day of my new job.

My old job was secure, very well paid, gave me considerable independence and still had scope for advancement. You’d have to say I was on to a good thing, so naturally I left. My new job isn’t so safe. I’ve leapt into a brave new world of owning my own business. You can bet shirt that my new boss will be a hard taskmaster.
And if you’ve ever started your own business you’ll know that you don’t have an awful lot of spare cash for a while.

Have I gone stark raving mad? Would anyone notice anyway? Quite likely, my professional bosses think I’ve flipped – of course, they’re too polite to say so, but when they ask whether I’ve suffered any head injuries lately…

Why does someone leave a good safe position for the risks and worries of self employment? More money? Nope. My old job gave me as much money as I needed. In fact, being too well paid can be dangerous. You get used to the income and then you’re trapped because you’re afraid to give it up. When you do this you’ve become a slave to money and ultimately you end up like Al Bundy, “I could have been somebody”.

A fellow called David McNally wrote a book called Even Eagles Need A Push. He refers in that book to the major problem facing workers today, that being not “burn out” but “rust out”. As McNally says, in a nation that has produced some of the most brilliant achievers, many of us will suppress or deny our capabilities for the illusion of security. The trade-off for this choice is soul destroying.
Mind you, don’t forsake security just for the sake of it. You take the plunge because you’ve found something worth taking the plunge for, some vision that excites you and helps give you the courage to say goodbye to a weekly pay packet.

My vision is a simple one. I want to become master of my own destiny. I want to create a business around personal principles that don’t always fit easily in a large company. You might be wondering what sort of principles I’m talking about. The first question to ask is this: Why am I in business? The normal answer is “to make a profit”. Wrong, wrong, wrong!
Look at things this way. You get your revenue from your sales, and the more sales you make the better your chance of a good profit. To make sales you need customers, so the more customers who want to deal with you the better off you are.

Now if your success hinges on your customers, then they’re surely the reason you’re in business. Everything you do you should be focused on giving your customers service that’s so incredibly good that not only do they come back, they also send you new customers. Do that and, provided you’ve been sensible with your pricing, you’re building the right sort of business.

So that’s one key philosophy. There’s also another one. Life’s made to enjoy, and if you don’t enjoy your time at work then that’s a large part of your life wasted. Why not create a business that’s enjoyable to be part of, enjoyable not just for me but for everyone associated with it?

My dream is this – to be able to promise clients that once they’ve dealt with us they wouldn’t even dream of dealing with anyone else. This promise is supported on three legs: One, we deal with clients on a personal level, two, part of our philosophy is that our job is to help our clients with ideas to build them a better business rather than just do their tax returns; and three, we want to be fun to deal with.

All too often people fall into the trap of treating life like some sort of a chore. I’ll bet you can think of more than one person who’s unhappy with what they’re doing, but never seems to get around to doing anything about it. If that strikes a chord, think on this: Nobody, repeat nobody, has ever wished on their death bed that they’d spent more time at work. If you’re not happy, then seek new challenges, ones that interest and excite you. Perhaps at the moment it’s a struggle to get out of bed for another day of work. That’s not natural – look at kids. Children have this really annoying ability to leap out of bed in the mornings just for the joy of a new day. If you’re doing the right thing, you might be able to get that feeling back.

I’m very lucky to have a business partner who’s in tune with these philosophies. A problem shared might be a problem halved, but a vision shared is a vision doubled. It’s amazing how two people working well together can do so much more than if they work alone.
Mind you, I don’t expect it all to be plain sailing. Anyone who reckons it’s easy starting your own business has either never done it or did it so long ago that they’ve forgotten how much work they had to put in. But hard work isn’t a problem if you’re doing it for the right reasons. There’s nothing like a clear goal in your sights to keep you at it.

And always remember, if this is the last day of the rest of your life, whatever you do, don’t miss the starter’s gun.